Who Wins between Progressive Web Apps vs Native Apps

Apps have become an integral part of marketing in branding the products in the current digital age. 80% of time spent on mobile devices is basically spent using apps. Perhaps this is 2x times more than users using the laptop or desktop applications. This is why mobile apps are so important in today’s business environment. In fact, the website owner should feel even happier because this number is going to boom in the upcoming year with the entry of Progressive web apps. Prior to the progressive web apps, there are native apps, which users can download from an app store and add to the home screen of the mobile devices.

In the turbulent economy where everything is fast-paced, it is impossible to find a company that had never thought of designing a mobile app, it is even more difficult to find a company that is willing to deny to use the app to brand their products. Apps have a tremendous impact in gaining the attention of the customer and to create brand awareness of the product. Yet some brands are still hesitating to embrace the technology due to the cost factor. Because of this reason, many companies especially the small scale industries are staying out of the app game. However, here comes the good news, the new innovation that will make your lives easier and more affordable. It is none other than the Progressive Web Apps.

What is Progressive Web Apps?

Progressive Web Apps are web applications that use modern web capabilities to deliver an app like experience which is very much similar to traditional applications or native mobile applications. You should have come across “add to home screen” banners when you are playing a game or surfing on the internet.

When you do so by accepting the request, the application gets installed in the background. You will realize that this application is already in the app store without even having the necessity to search for it in the app store or download from the web application. Getting the app has become an easy piece of cake these days after Progressive web apps made things possible.

Progressive web apps are built with modern JavaScript framework offering a full-screen experience to engage people. They offer more benefits than native web apps. Let us see what PWA offers to the users.

The future of the web:

However, there are many challenges faced by the users from different application although, the technology progressed. It starts with the user native experience, not a real-time, not possible for off-line capabilities, low responsive, unable to perform during low internet speed, multi-server request, absence of caching and many more.

To overcome these hurdles, the biggest innovation was required and this led to the development of Progressive Web Apps (PWA) which brought mobile-like experience to the users without requiring them to install an app neither from the app store nor play store. Although, this is not new technology, and this is just a different framework or approach to make a web application works similar to mobile or desktop application.

To make the web site better, have enhanced search result experience, improve faster mobile load and to have a lightweight front-end platform as well as provide a native app-like experience, the progressive web apps (PWA) helped to accomplish it.

What is a native app?

A native mobile app is a smartphone application that is developed to use on a particular platform like the Object C for IOS or Java for Android Operating System. Since this app is designed platform specific, they can interact and take advantage of the operating system features that are installed on that platform. There are many benefits to developing native apps. When you want to wow customers and fully leverage the capabilities of mobile devices, mobile apps have no match. They use the features present on the devices like the camera, GPS, Bluetooth, and contact list.

When do you need to build a progressive web app?

Why do we need a Progressive Web App?

Before deciding which app wins the competition and why do we need that app, in the first place you should know some of the challenges we are facing today with native and web apps.

Bandwidth: With the advancement of technology, internet speed have increased tremendously and people are marching towards 5G internet. However, statistical report conveys that nearly 60% of the world’s population is still using 2G internet. A surprising fact is, in some parts of the US, people still use a dialup connection to access the internet.

Poor loading of the site: When the connection is not healthy, it takes significant time to open and load the site. In some cases, it is even worse, just to press the close button it approximately takes about 3 seconds when the site is slow. In many instances, users get frustrated with the performance and abandon a website if it is too slow.

User engagement: It is a well-known fact that most users spend the majority of their time in native apps but in recent ages, mobile apps have surpassed the native apps. In fact, a marketing study shows that mobile web reach is 3x timed than the native apps. This implies that though there are popular native apps still most users are not using it.

If you have plans to build a new app, then try to enhance the features that lack in either form and make a flawless app that has complete features. Otherwise, if you want to use an existing app, going for the PWA is a no-brainer in most cases. Ideally, PWA is going to rule among the next billion users which has the capability of running like a native app however in their own window and without a browsing bar. 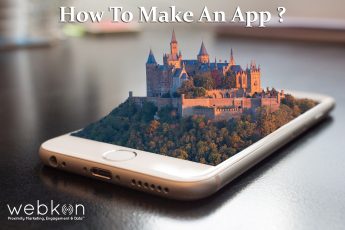 How To Make An App ? 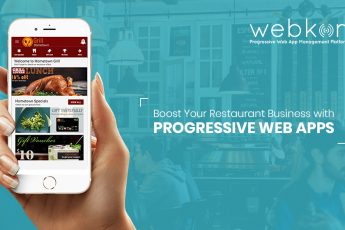 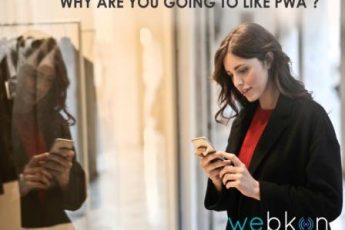